Lisa Ramos is a successful fashion model and television personality who became well-known for her work on MTV’s “Guy Code.” After transitioning to co-produce her own web series for Univision,  she continued to book fashion editorials and television opportunities through her agents. But, Lisa realized she needed additional public relations and marketing representation to extend her brand in order to become more of a household name.

Rather than focus solely with the content platforms that knew Lisa’s talent and charisma, Paul created a more comprehensive program for Lisa that introduced her to new business opportunities. Since April of 2015, Paul was able to secure a comedic feature with Latina magazine, a fashion feature in the August 2015 issue of Cosmopolitan for Latinas in addition to collaborative opportunities with Henri Bendel, the ASPCA, the World Wildlife Fund, the National Football League and serving as an on-air correspondent with Major League Baseball.

Further, with the additional content that has been created, her social media presence has thrived. In less than six months, her Instagram followers have increased by over 80,000.

We're not around right now. But you can send us an email and we'll get back to you, asap. 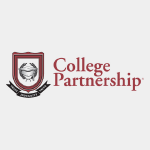 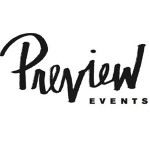 Warning: count(): Parameter must be an array or an object that implements Countable in /home/customer/www/paulmarinpr.com/public_html/wp-content/themes/jupiter/footer.php on line 223